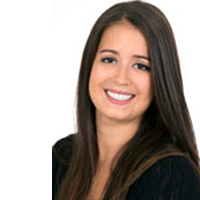 JENNIFER THIRY has been dancing since the age of two at Meg Segreto’s Dance Centre and loves every minute of it. By fifth grade she entered into the Perpetual Motions Dance Company where many opportunities arose, performing for many non-profit organizations, Walt Disney World, guest performed with the Maxim Dance company and much more. At the age of eleven, Jennifer started as an assistant teacher. She eventually taught her own classes, and became a member and certified teacher of Florida Dance Masters. For two summers she trained at the American Theater Dance Workshop in New York where she further developed her dance and theater skills with Broadway professionals.

Jennifer spent her first year of college on a dance scholarship studying at Jacksonville University and spent the following years at the University of North Florida where she received her degree in Business Management with a minor in International Business. While away at college Jennifer taught at several dance studios, and co-directed the ACDS competition team, where she received several Judges choice awards for her choreography. Jennifer enjoys spending time in New York City, taking as many classes as possible at STEPS on Broadway and Broadway Dance Center. She also loves to take in as many shows as possible!

As Director of MSDC, Jennifer strives to always put the ‘Segreto Experience’ into effect. Meg Segreto has been a mentor, and a role model to Jennifer not only throughout her career, but in life. MSDC has been a second home to many, and Jennifer is excited to continue the Segreto legacy.

We use cookies on our website to give you the most relevant experience by remembering your preferences and repeat visits. By clicking “Accept”, you consent to the use of ALL the cookies.
Cookie settingsACCEPT
Manage consent

This website uses cookies to improve your experience while you navigate through the website. Out of these, the cookies that are categorized as necessary are stored on your browser as they are essential for the working of basic functionalities of the website. We also use third-party cookies that help us analyze and understand how you use this website. These cookies will be stored in your browser only with your consent. You also have the option to opt-out of these cookies. But opting out of some of these cookies may affect your browsing experience.
Necessary Always Enabled

Any cookies that may not be particularly necessary for the website to function and is used specifically to collect user personal data via analytics, ads, other embedded contents are termed as non-necessary cookies. It is mandatory to procure user consent prior to running these cookies on your website.